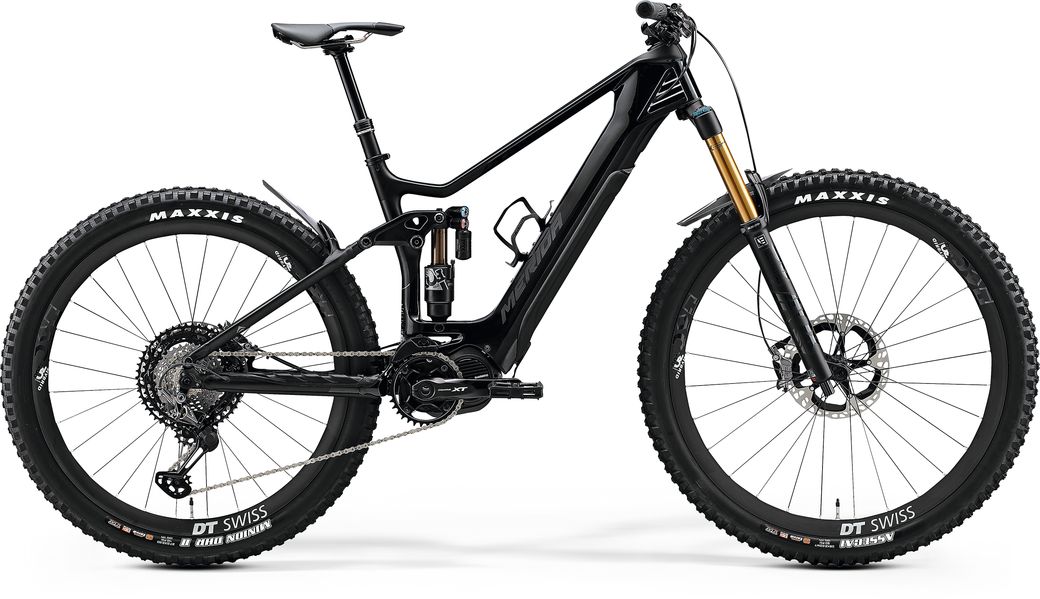 After the eONE-SIXTY 900E was able to win the Design & Innovation Award in 2017, his much-anticipated successor, the eONE-SIXTY 10K was also given this highly sought after accolade.

Only launched in May 2019, the new carbon eONE-SIXTY 10K has taken the e-performance market by storm and has been able to continue the impressive legacy of the original eONE-SIXTY.

Here what the Design & Innovation Award test team had to say about our top of the line e-performance bike:
'The MERIDA eONE-SIXTY 10K is the newest incarnation of a popular eMTB classic – one that has already set a benchmark for riding performance and dominated a number of group tests in different magazines. This time, MERIDA has revised their classic entirely and raised the bar both in terms of aesthetics and riding performance, as well as fitting the new version with a 29” front wheel. The MERIDA eONE-SIXTY 10K is incredibly well-balanced and offers very stable handling, both on flowy trails and demanding Alpine terrain. As a visual highlight, MERIDA’s trademark Thermo Gate vent on the head tube also allows for tidy cable routing and complements the engaging design of the carbon frame. The MERIDA eONE-SIXTY 10K combines outstanding riding performance, great looks and a very discreet background noise - as well as a number of other cleverly implemented details. With regards to ride-performance, the eONE-SIXTY 10K sticks out from the crowd with its very versatile character. '

To check the fantastic review of the eONE-SIXTY 10K, please click here.