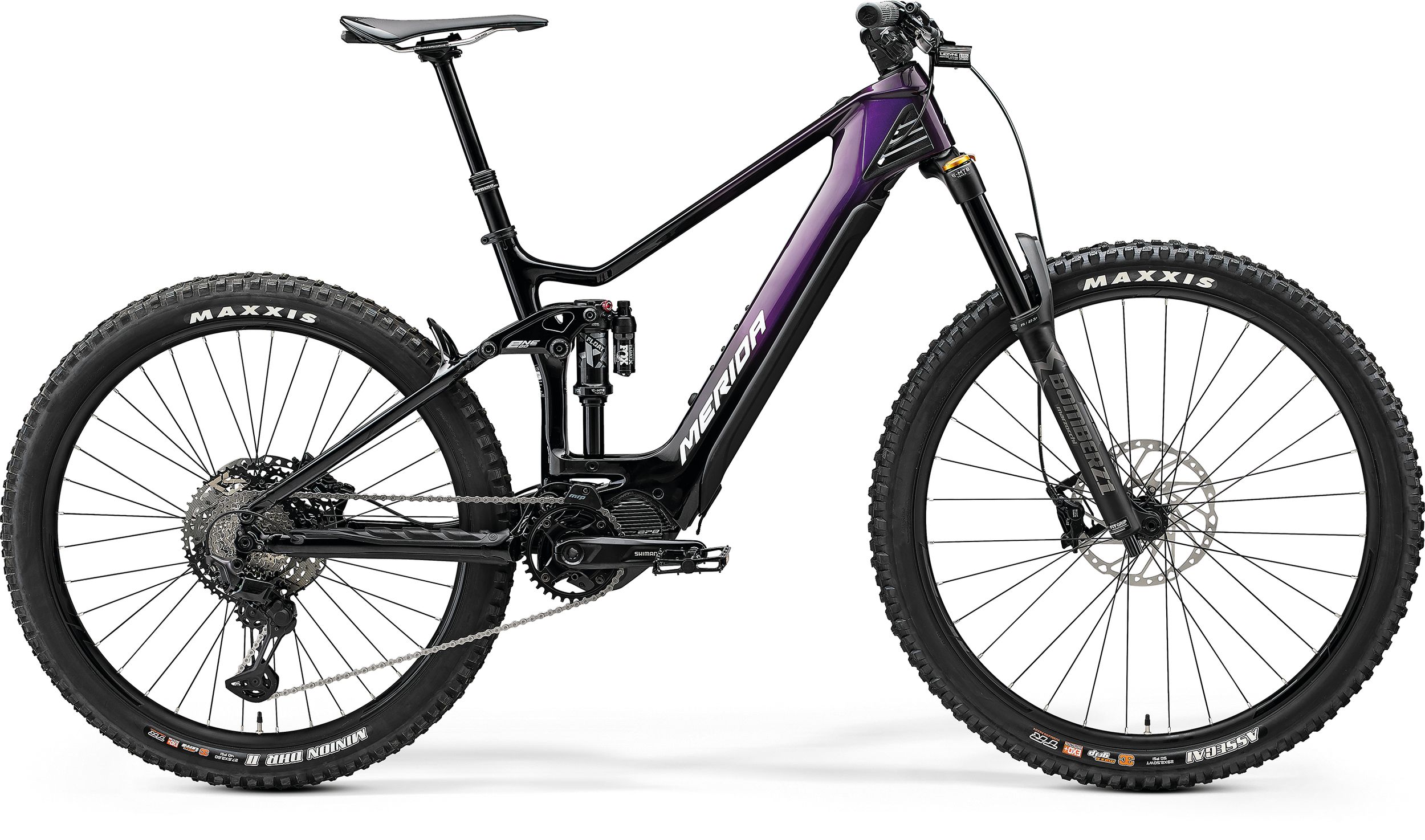 By taking the very same, multiple test and award-winning carbon/aluminium frame found on the top-end bikes and marrying it to high-value components, the eONE-SIXTY 8000 proves you don’t need to break the bank to deliver impeccable trail performance. The Marzocchi fork and Fox rear shock keep their cool no matter how rugged the trail gets, while the tough Shimano LinkGlide drivetrain and refined EP8 motor will keep you powering up hills thanks to the high-capacity 630 Wh battery.

The eONE-SIXTY has seamlessly followed in the footsteps of the 'original' eONE-SIXTY in becoming the most decorated, tested and awarded bike in MERIDA's history. This highly anticipated bike managed to collect a vast amount of amazing test results and wins, as well as a few more industry awards to its tally. E-Mountainbike gave it the 'BEST IN TEST' approval in their 'Best of 2021' eMTB group test, World of MTB also gave it their 'Best of 2021' award and FREERIDE gave the 9000 the almost perfect score of 9.5 out of ten, just to mention a few. For 2022, our carbon e-enduro bike will be equipped with the proven EP8 motor from Shimano as well as with the range extending 630 Wh internal battery. A perfectly tuned MTB geometry, paired with a stiff and lightweight carbon front triangle and tough aluminium rear, seamlessly integrated battery and a mixed wheel size combo that delivers poise and confidence on the toughest trails, the eONE-SIXTY is ready for anything you can throw at it. 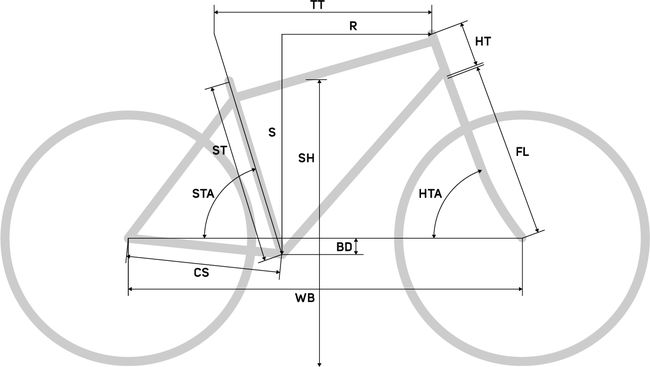 Tubes are inserted into negative moulds and a hot emulsion of water and oil is forced through at pressure, enabling them to be formed into complex shapes.

Our X-Tapered headtube offers the space for a tapered fork to be fitted. Tapered forks offer superb stiffness and precise and deliver confidence-inspiring steering. 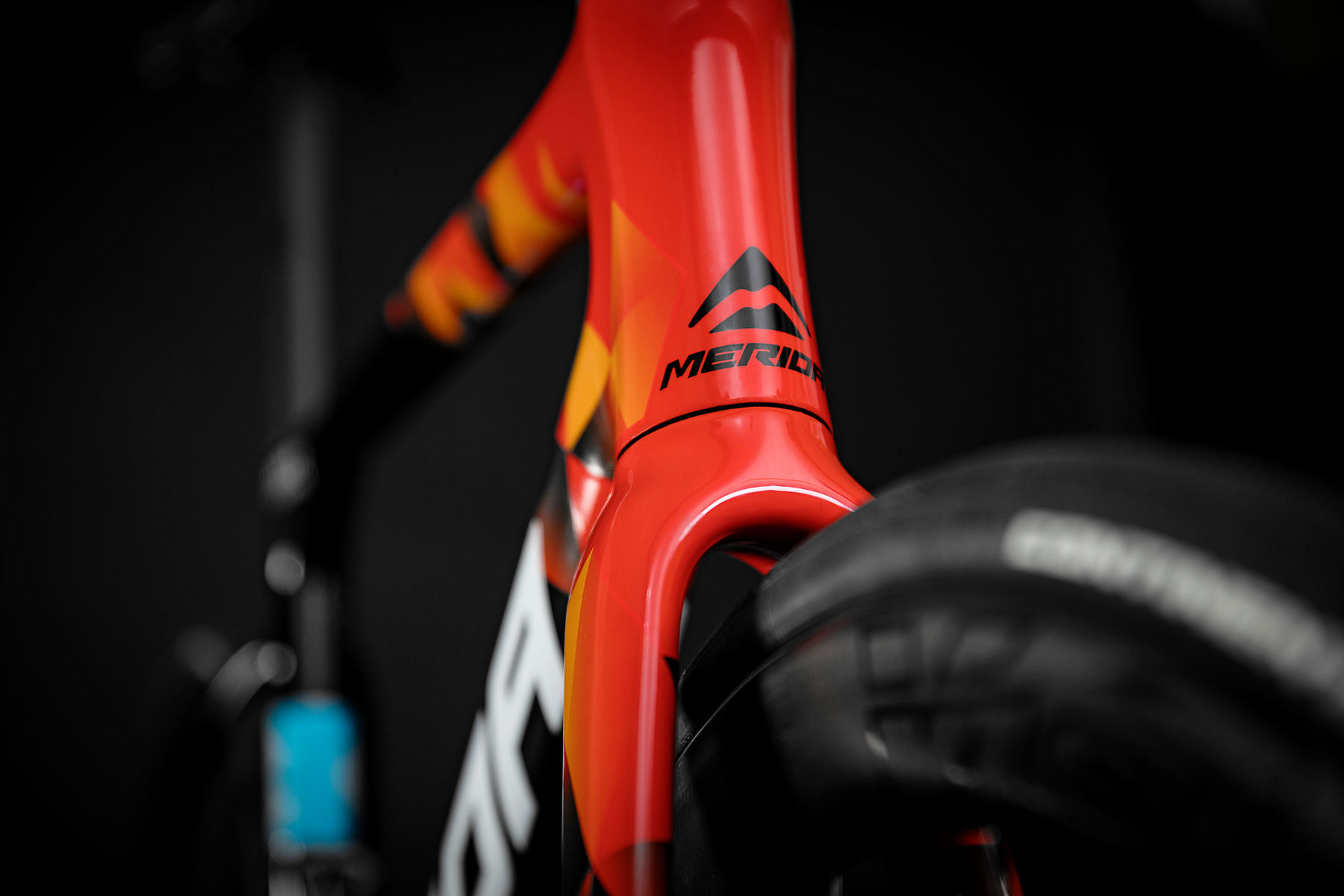 Sometimes called ‘double pass welding’, a second pass over the weld gives a clean organic look to the frame. At first glance, you will be convinced it is carbon.

Cables are routed through the frame, entering and exiting through smooth sockets. The bike looks neat, whilst the cables are protected from moisture and dirt.

Bikes/frames with the symbol ‘Di2 Ready’ are prepared for the installation of Di2 technology with battery mounting in the seat post or within the fork steerer.

To protect the integrity of carbon frames, the fibres are bonded together with an epoxy resin with added nano particles, increasing impact resistance by up to 40%.

When creating the individual carbon elements, an inflatable bladder is used to ensure there are no wrinkles inside the tube as these can add weight and create weakness. This results in a lighter, stiffer and stronger frame.

We use a minimum of 6061 aluminium. The pay back is that it’s possible to make lighter and more advanced frames. We use an additional heat treatment and double-butted wall thicknesses to produce light and stiff frames.

Integrated mount on the chainstay to fit a MERIDA kickstand (or any commercial kickstand). 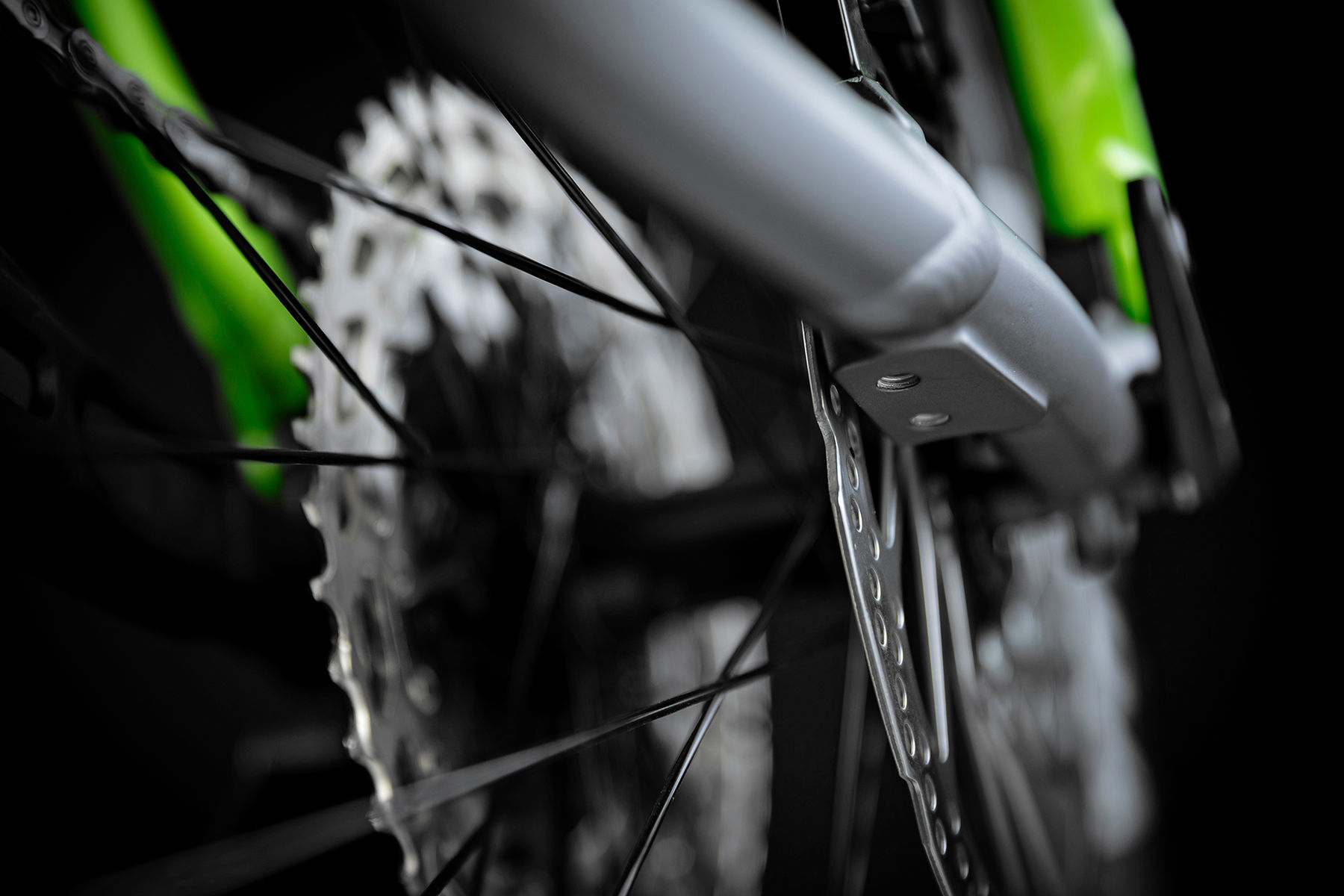 Specifically located openings near the head tube which work like a chimney and allow the warm air to dissipate to guarantee the optimum operating temperature of the internal battery. The THERMO GATE enables the battery to perform at its best, in any condition. 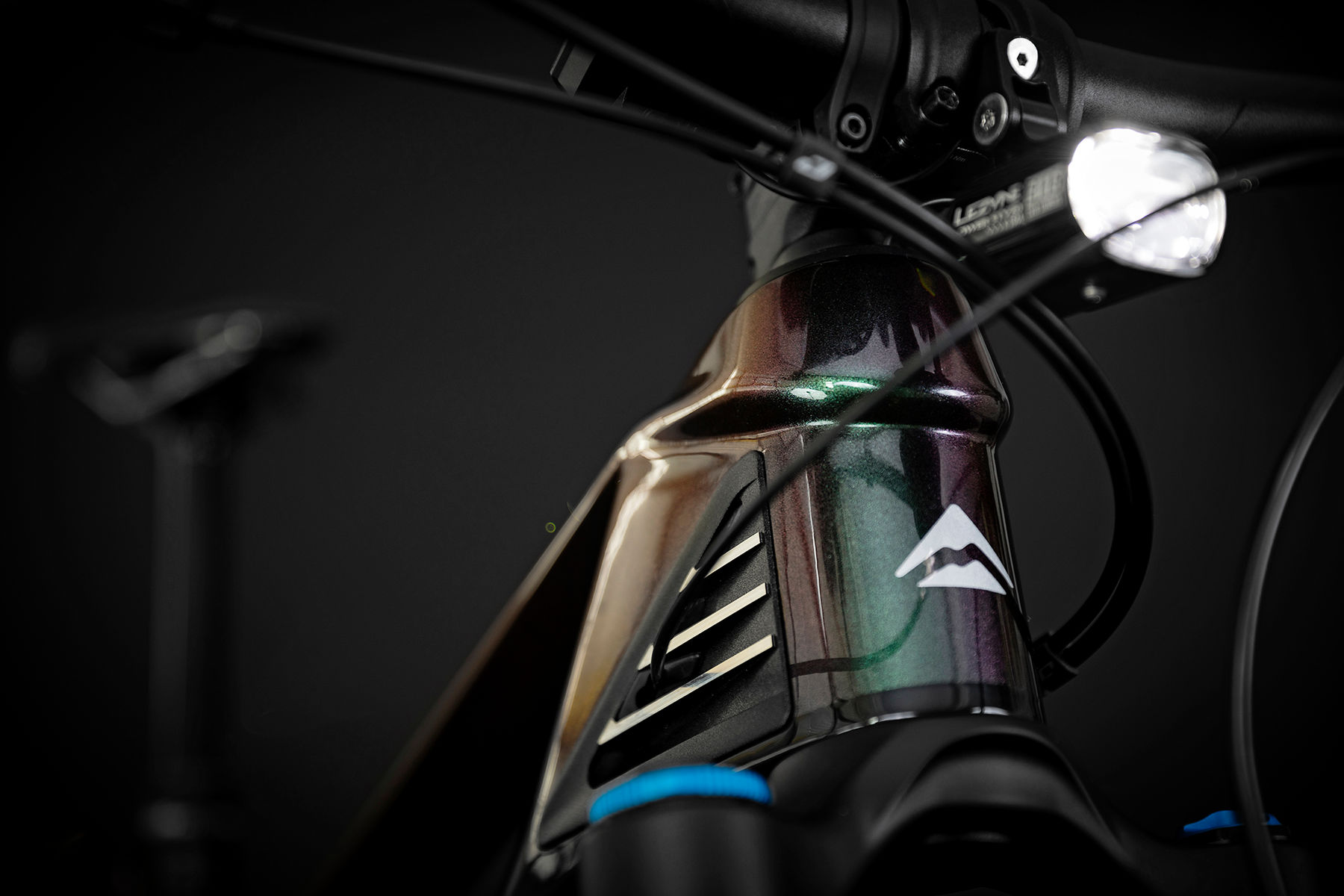 A two-component battery cover, which offers perfect protection for the internal battery. The softer (outer) layer reduces noises, seals the downtube perfectly and absorbs hits from trail debris easily, while the harder (inner) layer ensures that the battery does not get damaged and gives it the structural shape. All critical parts like the rubber strap and o-rings for perfect fitting can be replaced.

First introduced in our 2015 NINETY-SIX, the new version of the 'Internal Block' is incorporated directly in the frame and prevents the fork crown from hitting the frame in case of a crash or an extreme steering angle. As an extra protection, there are additional rubber bumpers on the frame to avoid any frame damage from the fork crown.

INTENDED USE
CATEGORY 4
AM + ENDURO 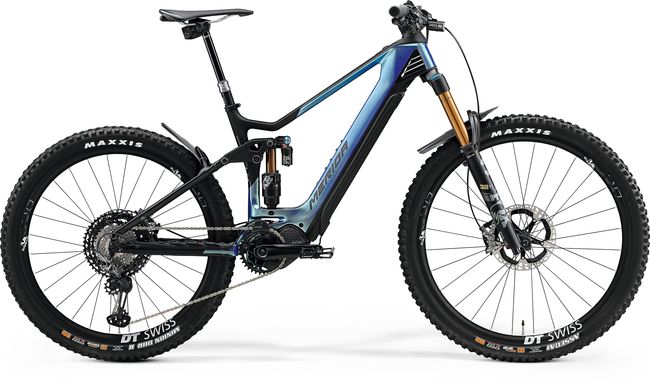 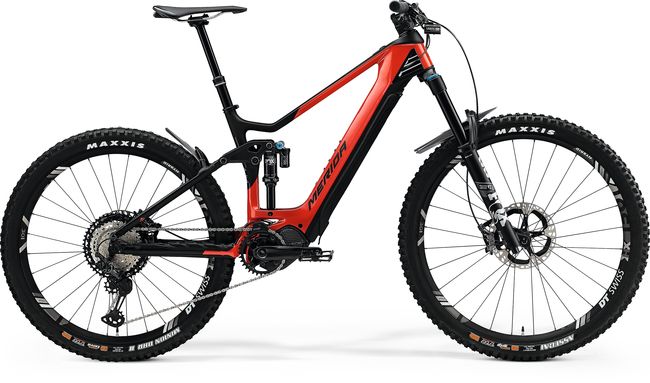 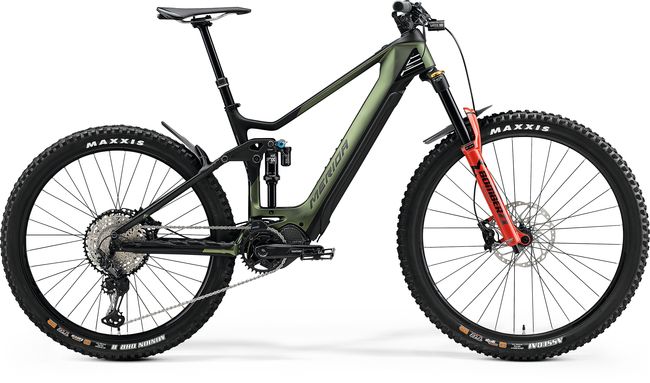 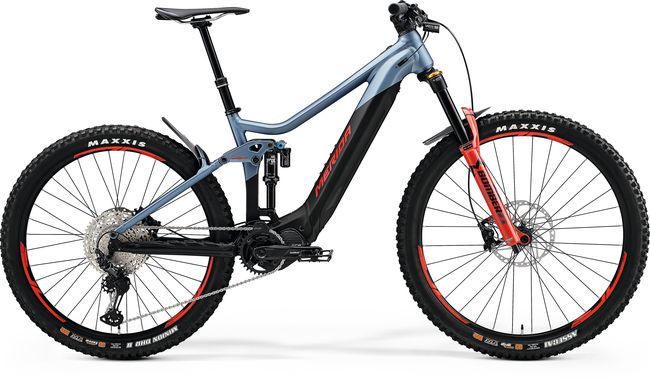 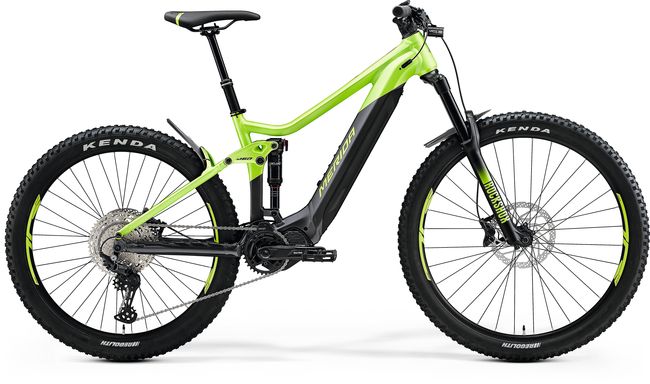 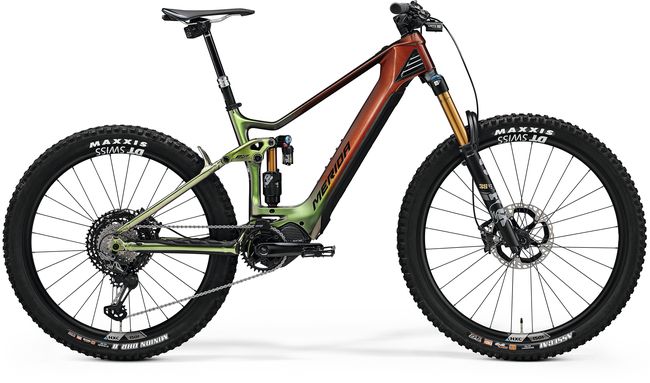 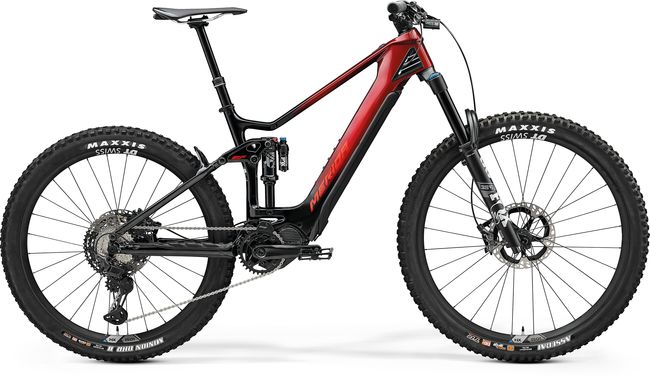 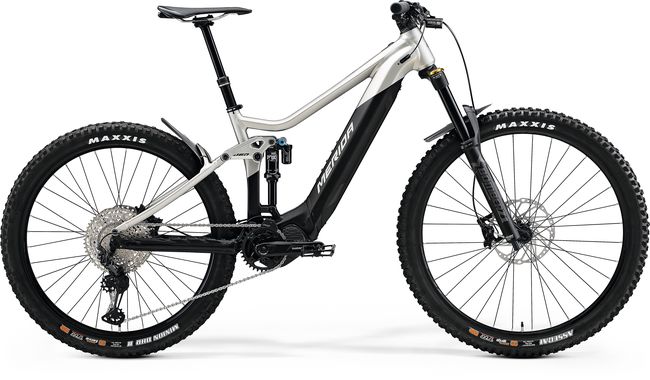 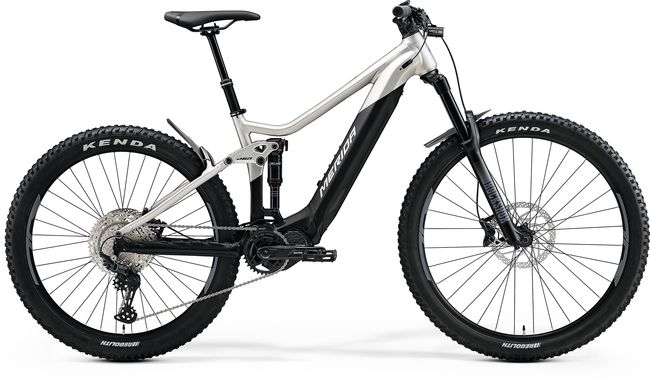