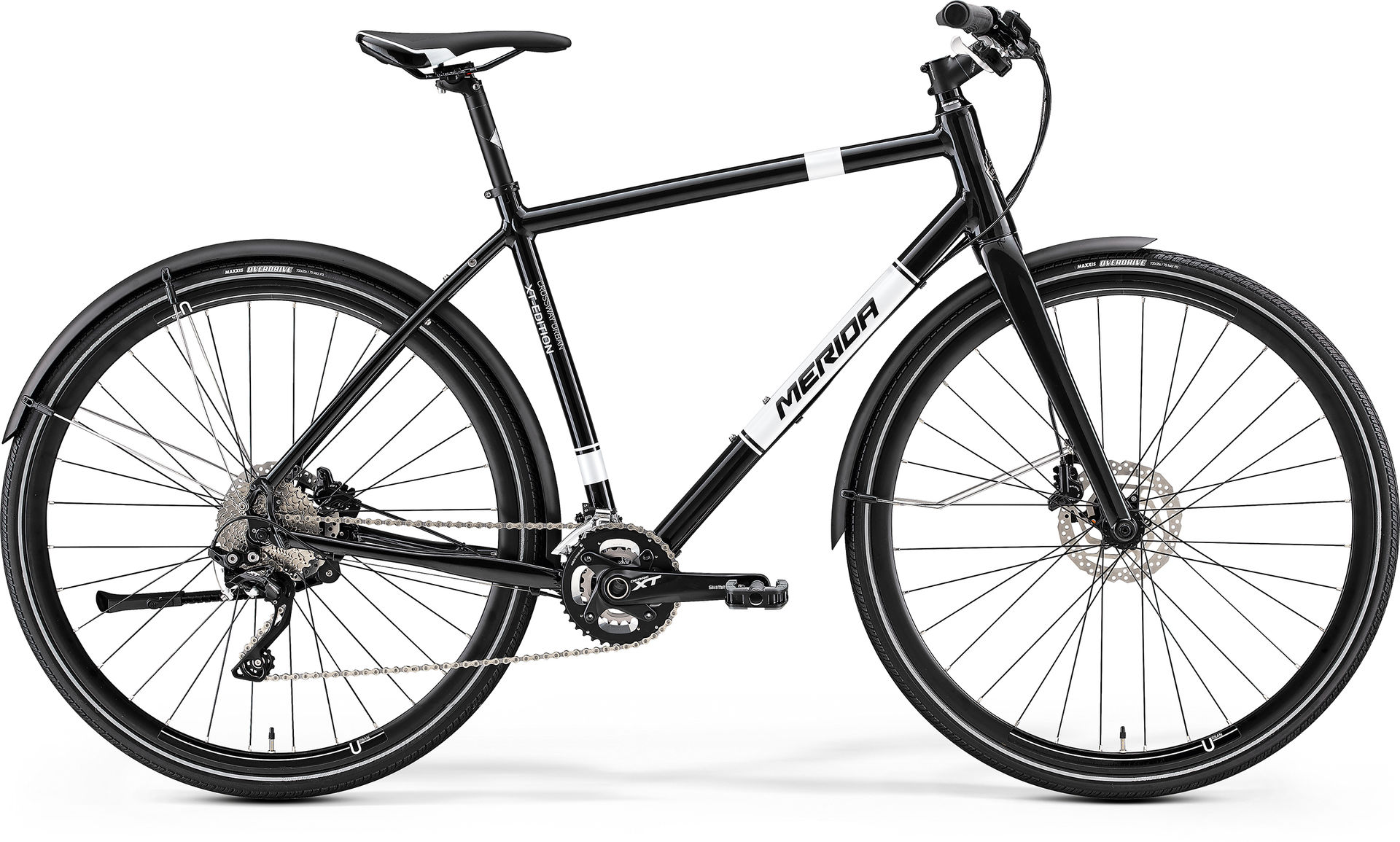 Germany's TREKKINGBIKE is the most prestigious magazine in the hybrid market. The test crew had a closer look at our CROSSWAY URBAN XT-EDITION and gave it the perfect verdict: VERY GOOD. It was also given the 'TIPP' which is the highest recommendation the magazine gives out. So great news for our Urban hybrid.

HERE THE TRANSLATION OF THE TEST:

TREKKINGBIKE 01-2017
MERIDA CROSSWAY URBAN XT-EDITION
Many riders are looking for a simple, sporty machine for their urban journeys. Merida has given a crossbike the city once-over.

Every rider thinks of themselves as an athlete. You can clearly tell that there is some truth in this, based on the fact that pretty much everybody goes for the simple bike with a sporty look. However after the first few rainy outings the customer goes back to the shop to buy mud guards and battery lights. So why not combine both worlds right from the start, wondered the engineers from Merida in Magstadt near Stuttgart (German). Merida is a global player from Taiwan which has won countless road and mountain bike races, amongst which were several Word Champion titles that were won on Merida bikes. So not a huge surprise that the knowledge and experience of their engineers can be felt and seen in the Crossway. The lightweight and elegant sporty companion comes in a shiny and elegant black paint job, allowing it to be parked in the city safely, without its glaring paint job shouting out: steel me. For braver riders out there, there are further colour and spec choices available. Our test bike was primarily XT equipped which performed precisely and reliably. A dual chainring crankset saves weight while the 38/24 chainrings offer a broad gear range when climbing and on undulating terrain. On longer downhill sections we have missed the proper big gears a little bit. The brakes are from the group-less midrange, but they impressed through their simplicity, great modulation, ample power and ergonomical two finger leavers. So even in difficult situations you never have to take more than two fingers off your grips to control your speed. Lightweight mudguards from Merida are equipped with strong struts but can be easily removed. Now, during the wet autumn days, we certainly appreciate that they keep dirt and water away from the rider. The real surprise is under the paint job though: a strong frame turns every pedal stroke into forward motion while offering great stability. In particular, the tapered full carbon fork with its through axle hugely contributes to the over all stability. The fork steers the lightweight front wheel very precise and with such easy, that a steady hand on the bars can be an advantage. The short stem has the tendency to make the front end slightly nervous. This makes the Crossway a rather playful companion for dynamic sprints. And it loves to rail around the next corner.

Great feedback and a perfect reflection of what our engineers set out to achieve.